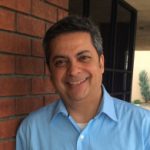 Nick possesses a unique blend of experiences that have helped him place hundreds of clients in commercial spaces that fit their needs and help businesses thrive.

When he was in his final year of earning his accounting degree from California State University Northbridge, Nick had the opportunity to help family run a newly acquired Spanish grocery store. Through this experience Nick was able to use his business skills, but also learn the needed skills to run a retail establishment. When he moved to Texas in 1999, he planned to pursue a retail opportunity similar to what he experienced in Los Angeles.

Upon arriving in Dallas, he reached out to commercial brokers to find investment properties for his next venture. For three months he didn’t find what he was looking for but did find an interest in tracking the properties he had been shown. For a year he saw which properties languished, which brokers were looking out for their clients, and which ones were simply looking to unload a listing. Nick saw a need in the community for an honest, relationship driven commercial real estate broker.

As he was finishing his licensing, he was referred to a new broker, just starting a career. He was able to learn about the industry for two years. During that time, he and his cousin were operating a retail cell phone location, as a tenant for Mark Cohen. Then in 2003 he was asked to help find retail space for numerous Metro PCS franchises for the company’s expansion to Texas. He approached Mark to partner in placing these clients. Mark agreed to work with him and with that partnership he learned even more about the commercial real estate business. In 2006, he officially joined Mark at CenterPoint.

“I feel my career has been one providential incident after the other,” says Nick. “As a hard worker that always wants to learn, I was able to take my interactions with people and different experiences to grow personally and professionally.”

Reaching out to the community:

Early in his tenure as a commercial real estate broker, Nick saw a need in the Dallas community. As someone with ties to the Indian, Pakistani and eastern culture, he noticed this population growing rapidly in the area and that he could be a bridge between mainstream American and his culture. While many of these individuals were doing very well, their wealth was concentrated in retail stores. He reached out to help families diversify their assets through real estate. It was a market that was untapped, and he has been able to help many people provide a more stable financial base for their families.

He and his wife are also very active with AKF (Aga Khan Foundation), a global initiative primarily dedicated to health and education issues. They volunteer often and even spent 4 weeks in Africa while his wife was teaching at a local hospital.

“I am fortunate to have experienced many cultures first-hand. I appreciate diversity and the many opportunities we have here. I had to work hard to learn new things, but that is definitely a strength,” explains Nick.

Nick is a self-taught fusion cook. He loves creating new dishes that blend different cultures. He absolutely considers himself a foodie and loves to try new cuisine, especially when paired with his other favorite activity – traveling.

Nick is an active member of North Texas Commercial Associations of Realtors and International Council of Shopping Centers.

Nick is multi-lingual, learning English and Spanish after coming to America, in addition to Hindi, Yrdu and Gujarati.

He and his wife Shabina were married in 1998 and have one son.