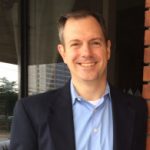 Since founding CenterPoint, Mark has provided knowledge, professionalism and integrity to every client he works with. With nearly 1000 closed lease transactions, Mark is a leader in the commercial property industry.

A native of Dallas, Mark has commercial real estate in his blood. For 70+ years, Mark’s family has been working in the Dallas area in retain and commercial ventures. His grandfather was the first to realize the need for solid retail and real estate partnerships. He began with several department store locations. He then invested in more real estate as his stores grew. Through those investments, Mark’s Dad began managing real estate properties. Mark watched all of this and knew it was the career path he wanted to take as well. Knowing he did not want a “behind a desk” job, Mark spend his summers doing work that would benefit him greatly in his currently position. One of the most beneficial opportunities he had was to help build and restaurant and then work in the establishment. He saw the whole process from start to finish. Internships through the years enabled him to have hands-on learning in the real estate transaction side of the business.

Never one to sit and wait for something to happen, Mark jumped into his first job out of college with both feet. He leveraged his dual degree in Real Estate and Finance from the University of Missouri Columbia to join Henry S Miller brokerage, which allowed him to be exposed to all aspects of the real estate brokerage business. Through contacts he had the opportunity to join a small firm of only 5 people. There is was the only one doing small shop retail. Because of the size of the business, he had to handle all of the work himself to complete a transaction. After a couple of years, he realized he could provide these services on his own, without need for an additional layer of “corporate” oversight. In 2001 he founded CenterPoint.

Knowing he would have to establish himself as a legitimate option to handle real estate needs, Mark developed a simple sales pitch: “I’m an individual guy that has worked with the big firms. At the large firms you work with one person anyway, but with me I guarantee a personal touch. I have all the tools.” Many of his clients moved with Mark to his new venture, and several are still clients today.

What also set Mark apart during the beginning of his venture was his use of technology. He was the first person in the area to send email flyers, and everyone remembered him because of that – even telling him “so you’re the email guy!” His strength was in gathering leads through technology. He could gather information, compile it and distribute it easily to potential clients. By the end of two years he had taken on 20+ companies, many of whom had originally chosen the “big guys.”

Along with shopping center leasing and investment sale assignments, Mark has represented many local, regional, and national users such as Verizon Wireless, Church’s Chicken, Jack in the Box, Cinnabon, Schlotzsky’s Deli, Metro PCS, Dickey’s BBQ and many more. By working with such a wide array of retail transactions of commercial real estate, Mark brings an intricate knowledge of the market, which provides a better understanding of each investment.

Through various contacts, Mark met first Nick and more recently Bill and, combining their strengths, they have grown CenterPoint. Their best, and most important, accomplishment is their strong reputation in the community. They are known as being honorable and that they will do what they say they’re going to do.

Mark is an avid basketball fan, especially of the Dallas Mavericks. He also coaches his daughter’s team. He enjoys playing the piano and likes to bake. He is especially good at coming up with creative gluten-free recipes!

He is an active member of International Council of Shopping Centers and the North Texas Commercial Association of Realtors. Mark has also been named a CoStar Power Broker multiple times.

Mark married his wife Shelley in 2004 and they have 4 children.