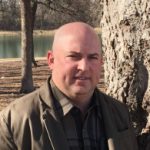 A self-described work-a-holic, Bill focuses on a project until it is done. He believes that something isn’t hard work, it’s just what you do.

Early on Bill recognized that the institutional side of real estate was not going to be a good fit for him. In fact, his focus in education and in his career has always been to be actively involved in all aspects of a project. After graduating from Austin College in Sherman, TX with a BA concentrated in Kinesiology and Business, Bill had an opportunity to work with a leader in the real estate industry – a developer he met while working on a ranch in high school and college. With no experience, he was able to convince Steve Schafer to take a chance on him, knowing his work ethic and commitment. Through this job he gained valuable hands-on experience in many areas of commercial real estate through development of Wal-Marts in the Dallas area.

After a several years, he joined Corrigan Real Estate Services, which later merged into Colliers International. For 5 years he worked with both corporate and independent owners of shopping centers. In 2004, Bill joined Venture Commercial where he focused on leasing and tenant representation. This position allowed him to negotiate two of the the years Dallas Business Journal top 10 largest deals in Dallas . In 2006 he moved to Weingarten Realty Investors to lease both existing and new projects. By this time, he knew definitively that an 8-5, in the office job was not where he wanted to be. He wanted to be out driving to properties to see them personally and handling all aspects of the process. In 2007, he was able to reconnect with Mark and partner on a project that he could not fully service from his desk job. It went well, and the rest is history.

Always social, Bill wouldn’t have been where he is without meeting Mark at a party in 1997 and keeping in touch through the years. He values the great environment at CenterPoint and the positive working relationship among the team. The sharing of all information ultimately benefits the client because there isn’t any competition between each other. “We are a small group that does big things!”, says Bill. Bill also has a powerful ability to relate to people and engage with them on their level. This develops a camaraderie that facilitates working together. People learn they can trust Bill, and by extension, CenterPoint.Personal attention and service, and an ability to think outside the box, is what has made him successful.

Originally from Pottsboro, TX, he was a four-sport athlete in high school. At Austin College, Bill was a star baseball player and one of the top NAIA pitchers at one time. It is not lost on Bill that he wanted more than ranching to escape the small-town life, and now he is back home and enjoys working with the smaller communities.

Bill is an avid concert-goer and likes a wide variety of music, including hard rock and traditional country. His current song that describes him best is Always on the Run by Lenny Kravitz with Slash. He enjoys hunting and fishing, which come in handy when he is working the 167-acre ranch that he takes care of for a client!

Bill is currently a member of the 289/120 tax board and sits on the Pottsboro vision board. He also participates in the International Council of Shopping Centers and the North Texas Commercial Association of Realtors.